Mary Pratt (1935-2018) was born and raised in Fredericton, New Brunswick; she earned a BFA from Mount Allison University in 1961, two years after she had moved to Newfoundland and Labrador with her husband Christopher Pratt. She remained here until her death in 2018.

Among many awards, Pratt received nine honorary degrees and was inducted into the Newfoundland and Labrador Hall of Honour in 1994. In 1997 she was awarded the Canada Council for the Arts Molson Prize and elected a Companion of the Order of Canada. In 2013 she was made a member of the Royal Canadian Academy of Arts.

Mary Pratt's paintings, drawings, prints and mixed media works are in private, public and corporate collections, including the National Gallery of Canada, the Beaverbrook Art Gallery, The Rooms Provincial Art Gallery, and Canada House in England.

Mary Pratt's work has been included in major solo and group exhibitions since the 1960s, most recently: Mary Pratt – Nationally touring Retrospective organized by The Rooms Provincial Art Gallery and The Art Gallery of Nova Scotia, 2015; and Mary Pratt: This Little Painting, Masterpiece in Focus Exhibition, National Gallery of Canada, 2015.

"Arguably Canada's foremost realist painter, Mary Pratt (1935–2018) became one of Canada's most celebrated artists for her work that recontextualizes and elevates the ordinary and unseen in everyday life—including jars of jelly, loaves of bread, egg cartons, and aluminum foil—into extraordinary subjects. With exquisite detail, Pratt perceived her surroundings in unprecedented ways to create paintings that comment on matters as diverse as the history of art, domesticity, and Canadian East Coast life." Ray Cronin, Mary Pratt: Life & Work (Art Canada Institute, 2020) 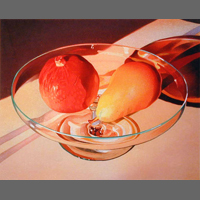 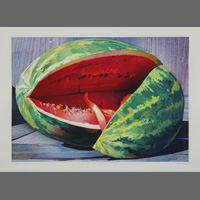 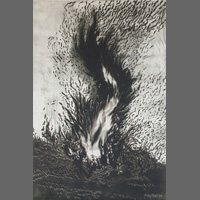 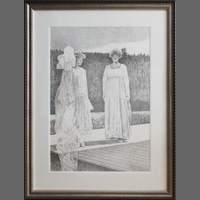 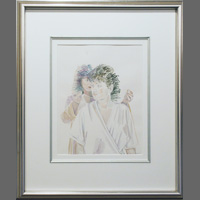